The cited code snippets may be workarounds, and be part of the official API in the meantime.

We published a technology preview of our Angular component and Node.js implementation of the HTML5-based document editor.

We released the final version of TX Text Control for Angular.

We published the Technology Preview version of our Node.js and Angular implementations that enables developers to use the TX Text Control HTML5-based document editor in pure Angular and Node.js applications. This implementation doesn't require ASP.NET, IIS or the IFRAME-enabled widget.

We released 3 npm packages to npmjs.com:

Technology Preview features are not completely supported, may not be complete, and are not suitable for deployment in production. However, we provide these features as a preview and the primary goal is to get your feedback on this implementation. We are publishing updates constantly and will inform you about changes of this implementation. A release candidate with a go-live license is planned in the next couple of weeks.

This tutorial uses Visual Studio Code that can be downloaded for free.

Your default browser is opened with your newly created Angular app: 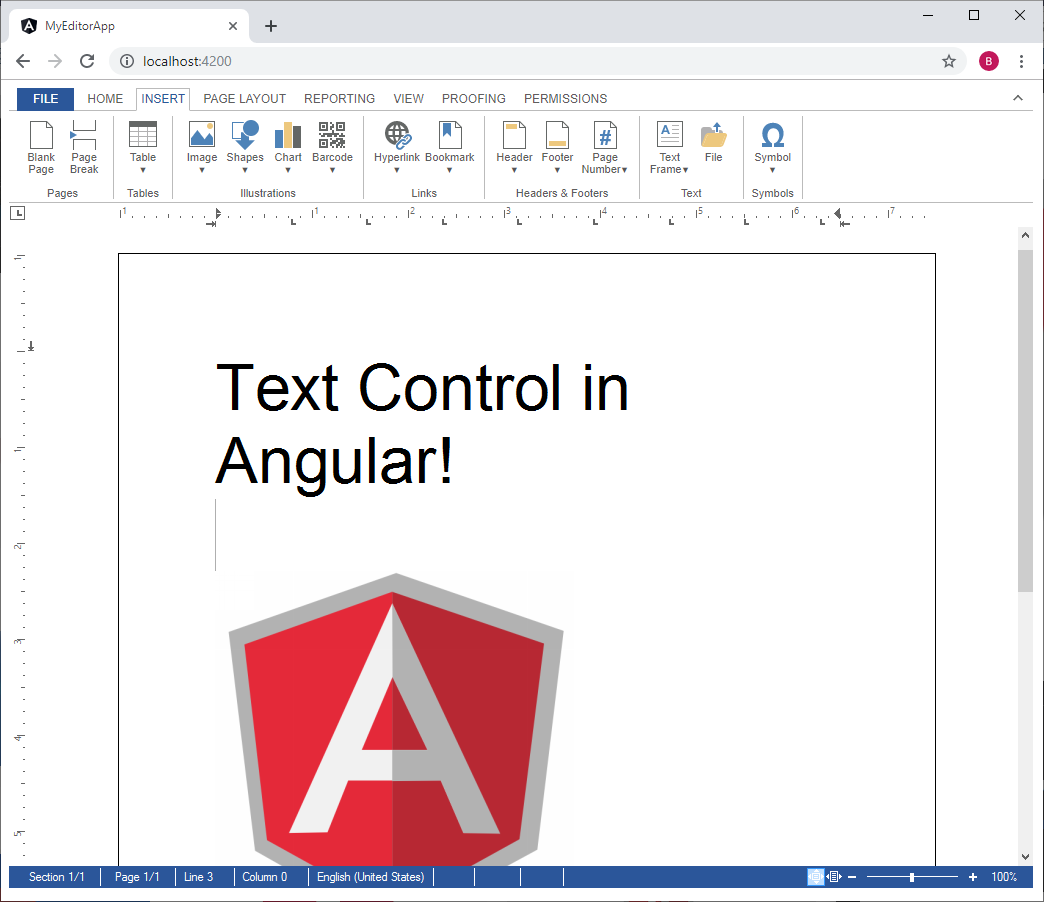 This tutorial uses a demo server backend for the required synchronization service that synchronizes the document in order to provide the WYSIWYG rendering - a unique feature of TX Text Control to edit documents pixel-perfect across devices and browsers.

If you want to deploy your project, you will have to host your own synchronization service and change the serviceAddress in the WebSocket Server Project (step 4).

Let us know what you think about this technology preview and report issues you are having. We are more than happy to assist you.

This article shows how to load and save local documents using the Angular version of the document editor.

It is time to unveil parts of our roadmap for 2019 to help users with decisions and planning including upcoming functionality in our products.