TX Text Control for Angular provides visual components to edit and view documents in Angular based applications. This article explains typical workflows of how documents are merged with an ASP.NET Core backend Web API.

TX Text Control for Angular provides visual components to edit and view documents in Angular based applications. The document editor can be used to edit and create MS Word compatible documents in a true WYSIWYG manner.

A very common use-case scenario is using the Angular editor in combination with an ASP.NET (Core) backend to merge data into created templates.

A full tutorial on how to create a new ASP.NET Core back-end Web Application with an Angular front-end SPA can be found here: 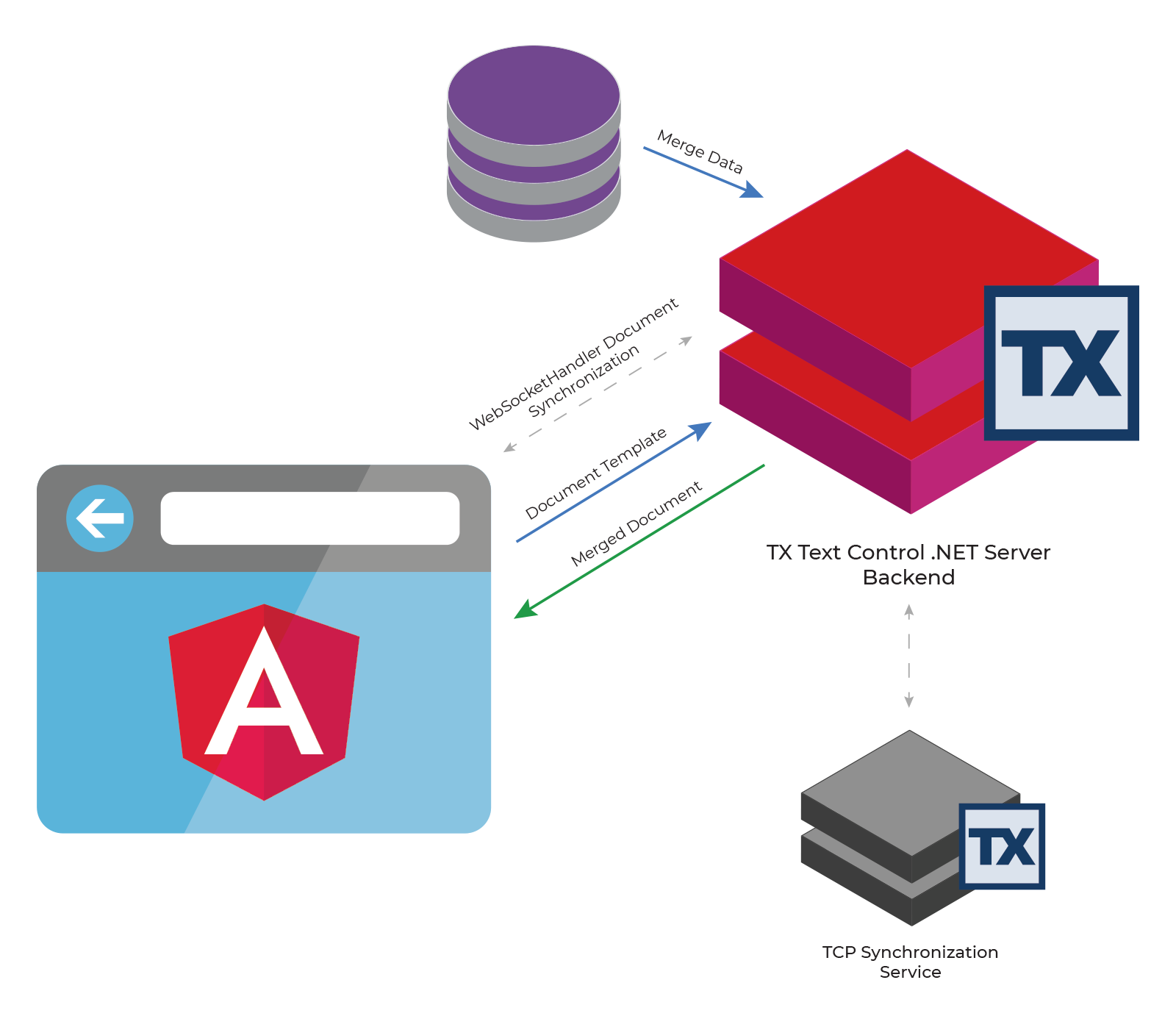 In a common use-case, document templates with placeholder merge fields are created using the document editor in your Angular application.

). After a successful merge, the returned document is loaded back into the document editor.

The JavaScript function saveDocument saves the content of the document editor and loadDocument loads back a returned document:

In the backend controller, the template is merged with data server-side and returned to the client (

To learn more details on how to load documents into the document viewer from an ASP.NET Core backend Web API, please have a look at the following article:

This article describes a prototype project that shows how to share documents for a contactless, electronic wet signature using TX Text Control.

This article describes how to use DocumentViewer for Angular in routes by initializing the viewer using the init method on switching the route.

This samples shows how to create a template using the document editor and how to merge it using the DS Server DocumentProcessing Web API in Angular.

This quickstart tutorial shows how to use the DocumentViewer of DS Server in Angular applications.