At the BUILD conference back in September 2011, Microsoft revealed the roadmap for Windows 8. Since then, developers and users were confused about what's possible and what's supported in the next Windows version. First of all, you can use TX Text Control .NET 17.0 to create Windows 8 (Consumer Preview) desktop apps without any known… 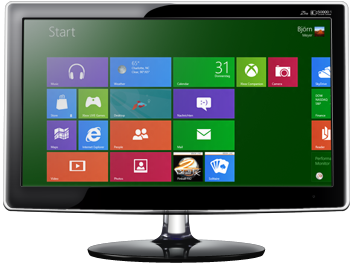 At the BUILD conference back in September 2011, Microsoft revealed the roadmap for Windows 8. Since then, developers and users were confused about what's possible and what's supported in the next Windows version.

First of all, you can use TX Text Control .NET 17.0 to create Windows 8 (Consumer Preview) desktop apps without any known issues. Both, Windows Forms and WPF desktop applications are possible.

So, if you want to get started with Windows 8 in order to test your existing applications built with TX Text Control .NET 17.0, you shouldn't face any issues and your applications will simply run.

Of course, we are working closely with Microsoft to make sure that future versions of TX Text Control will run under the final release of Windows 8 and Visual Studio 11.

Will Metro Replace All Desktop Applications?

Certainly, business applications might get split into a desktop application to do the main tasks and a Metro application for smaller tasks when being on the road.

When Will Be There a TX Text Control Metro Version?

When it makes sense. Currently, most users I talked to don't see an application for entering formatted text on tablets. Using our server versions of TX Text Control, documents can be already created or converted server-side in order to get displayed on a tablet as a PDF or in the browser.

If you see a perfect application for TX Text Control in a Metro app, don't hesitate to tell us!

Will My ActiveX Based Application Still Run on Windows 8?

It took some time to get a definitive answer from Microsoft regarding this important question. The answer is: Yes. The VB runtime and ActiveX controls are still supported in Windows 8 and you can easily install your applications on Windows 8 machines.

Absolutely! We are very committed to provide all new features in our Windows Forms versions as well. We are investing lots of time and money into the development of the best available Windows Forms rich text editor on the market. Windows Forms investments are not in vain - it will be rather the most deployed platform for desktop applications - even on Windows 8.

These are exciting times and we all are very thrilled to get our hands on the release candidates of Windows 8 and Visual Studio 11. As a Text Control customer, you can always be sure that we will support you with the best available technology - wherever you go.

It is very easy to test drive DS Server by requesting a trial token to test the functionality without any downloads. But in case you would like to test DS Server locally, you can download a fully-featured trial version for your own premises.

We are very excited to announce the release of our new product DS Server. Bring document processing, editing, sharing, collaboration and creation to any app on any platform.